Liberia is hosting the Blue Oceans Conference on 18-21 March 2019, providing a venue for stakeholders from various maritime sectors to discuss some of the main environmental threats facing African coastal countries, including climate change, pollution, unsustainable fishing practices, and maritime security. As part of this conference, members of the OA-Africa network, in cooperation with the Abidjan Convention, will organize a side event on 19 March to present the current status of ocean acidification research and awareness-raising efforts throughout Africa.

On July 25, 2017, Africa celebrated the under the theme, ‘Harnessing the Blue Economy in Achieving the African Union Agenda 2063,’ and launched the 2015-2025 Decade of African Seas and Oceans.The celebration of Africa Day of Seas and Oceans is one of the recommendations of the 2050 Africa’s Integrated Maritime Strategy (AIMS). The 2050 AIM Strategy provides a broad framework for the protection and sustainable exploitation of Seas and Oceans of Africa. Protecting the ocean is everyone business – and so the responsibility of every African.

The Ocean Action Hub is hosting the Ocean Forum discussions, which aim to engage stakeholders in assessing the challenges and opportunities related to delivering on SDG14 implementation in the run-up to The Ocean Conference.

From the 13th-16th of February at the Ecole Superieure Polytechnique of the Universite Cheikh-Anta-Diop in Dakar, Senegal, the OA-Africa Network had their first face-to-face meeting to discuss mechanisms for knowledge exchange between ocean acidification scientists across Africa and to build momentum for scientific action.

OA-Senegal was specifically designed to promote (1) capacity building, (2) regional and inter-regional networking, and (3) collaboration and data sharing. To achieve this, we developed a two-step approach:

*Practical Training Pathway:  To provide a theoretical and practical training in the field of ocean acidification. This pathway was specifically aimed at early career researchers in West Africa

*Networking Pathway:  To provide space for knowledge exchange between OA scientists across Africa and to build on the newly launched OA-Africa Network.  Participants helped to identify future needs, collaboration opportunities, and potential funding avenues to maintain and expand OA research throughout Africa

While the majority of benefits associated with OA-Senegal will be felt across the African continent, this was a truly international effort that connected industry with academia and government. Funding was supplied by Future Earth Coasts, KOSMOS Energy, The IAEA Ocean Acidification International Coordination Centre (OA-ICC) and SOLAS and the logistics would have been impossible without support from the Ecole Superieure Polytechnique and the Institut of Research for Development

SOLAS generated an event report for the event which can be found here! 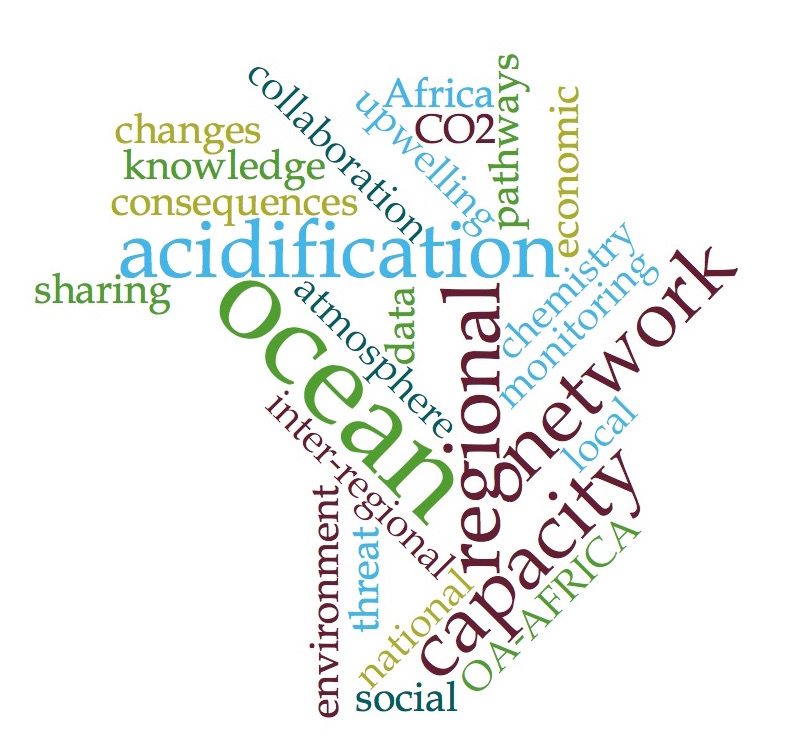 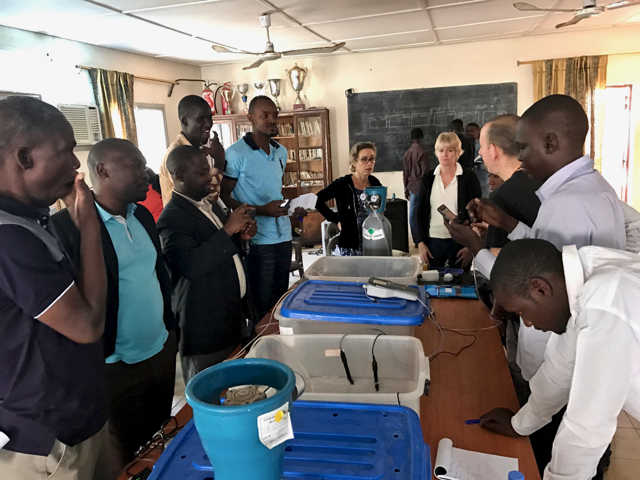 A call was put out to all scientists conducting or interested in conducting ocean acidification monitoring and research in Africa were encouraged to join the first call for the OA-Africa network. The network is designed to provide a platform for sharing ideas, designing collaborative research programmes, troubleshooting challenges, and facilitating international collaboration and support.

Held in Marrakech, the first-ever Oceans Action Day underscored the role of the ocean in mitigating climate change and regulating the climate while recognizing the challenges that ocean acidification and habitat degradation pose to the conservation and sustainable development of oceans and the livelihoods and well-being of coastal and island communities.

Several workshops have been held in during 2016 under auspices of the Global Ocean Acidification (OA) Observing Network to expand participation from African countries. This event at COP22 showcased those activities with testimonials from African scientists from Egypt, Namibia and South Africa about the importance of this work for building resilience to ocean acidification in the Global South 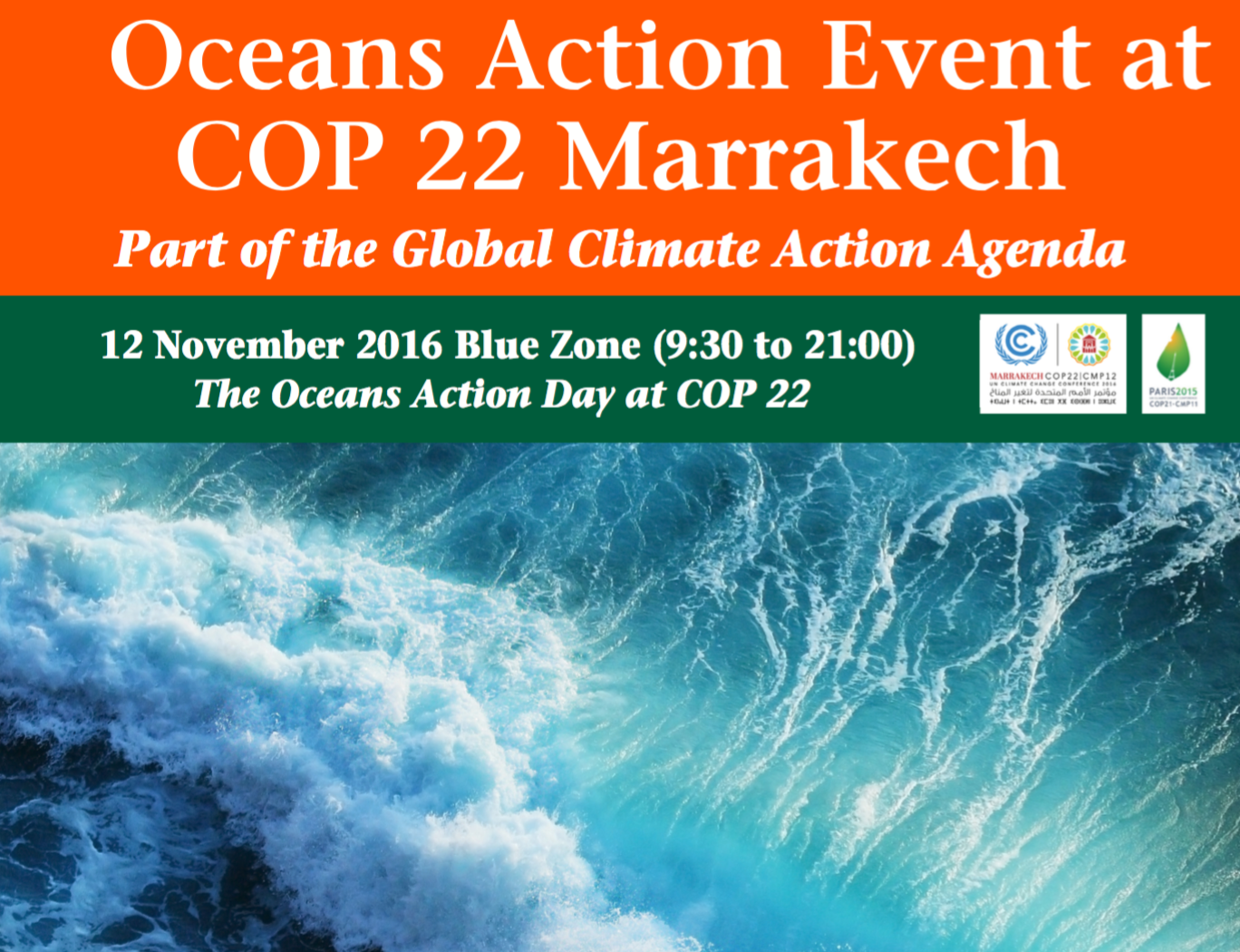